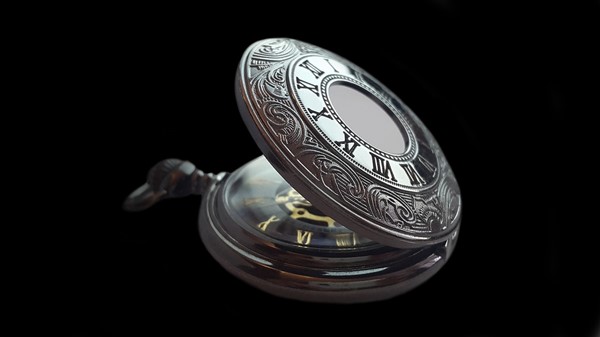 I have always been fascinated by fasting, having done numerous 1-3 day fasts over the years. I did it primarily to step out of my everyday reality, to spend time in prayer and contemplation. Fasting has been part of many spiritual and faith traditions, often coinciding with the changing of the seasons or the harvest. Many communities would fast together and share in a celebratory feast at the end. In so many ways, fasting emphasized our connectedness to something beyond ourselves. Unfortunately, it’s just a lot harder in the bustle of our modern world to use fasting as a time for reflection and renewal.

Fasting has also been used therapeutically. In Ayurveda, the traditional medical system of India, fasting was thought to help restore the body and reduce the risk of disease. Fasting did not always mean going without food completely, but eating lightly in a way suited to one’s physical, mental, and emotional constitution.

Humans have had periods of fasting, both intentional and when food was scarce, since ancient times. What is intriguing today, is the research suggesting that some forms of fasting may help improve our health and well-being.

We know that how we age is influenced by both our genetics and our environment/lifestyle. In the US, while life expectancy has increased over the last century, our health span has not. Diseases associated with aging, such as cancer, heart disease, type 2 diabetes, and Alzheimer’s disease are on the rise.

In our development as a species, food sources were sometimes abundant and sometimes scarce. Periods of feast and periods of famine were probably the norm. Intermittent fasting may be a way to replicate this evolutionary pattern, and a growing body of evidence suggests it may ultimately offer some protection against many of the diseases associated with aging.

WHAT IS INTERMITTENT FASTING?

There are many variations, three of the most popular are:

Most of the science for intermittent fasting is based on animal research but human studies are suggesting similar effects.

WHAT CAN INTERMITTENT FASTING DO?

Cardiovascular Health
One study of 23 people with obesity who ate only during an 8-hour window each day for 12 weeks were found to have a 2.6% decrease in body weight and a 7-point drop in systolic blood pressure compared to the control group. This suggests that fasting might be useful for those with stage 1 hypertension who are attempting to use lifestyle to manage their blood pressure.

Another study of 16 obese people (12 women/4 men) found that after a 2-week baseline period, followed by a 4-week controlled alternate fasting diet (AFD) and then a 4-week AFD done on their own, the participants experienced a significant decrease in fat mass, total cholesterol, LDL-cholesterol, triglycerides, body weight, and waist circumference. Adiponectin was also significantly increased. These data suggest that in just eight weeks of ADF can dramatically improve established risk factors for cardiovascular disease.

Blood Glucose
A study of eight men of normal weight found that fasting for 20 hours every other day for 15 days increased insulin sensitivity and adiponectin. Low levels of adiponectin are associated with inflammation, insulin resistance and diabetes and are more common in obese individuals. This may suggest that periodic fasting may be particularly beneficial for those with insulin resistance (pre-diabetes) or metabolic syndrome.

One of the questions often asked, is what window of time should one limit their food intake? Six hours? Eight hours? Twelve hours? Well, at least one study addressed this issue. Obese men with prediabetes were randomized to eat their food within a six-hour window with dinner before 3 PM or a 12-hour window as a control for five weeks. The six-hour time restricted diet led to significantly greater insulin sensitivity, blood pressure and decreased evening appetite compared to control.

A study of 10 people with type-2 diabetes found a significant decrease in weight and morning blood sugar levels after two weeks of fasting, though none were able to limit food intake to the 4 to 6-hour window (18-20 hours per day fasting), as instructed by study leaders.

These data suggest that intermittent fasting may be of benefit for lowering inflammatory markers, which is important as chronic inflammation has been associated with numerous diseases such as cancer, diabetes, and heart disease.

Scientists in the field of aging have developed an approach that may confer the same benefits as intermittent fasting but, amazingly, allows you to eat like you want most days of the month. With the fasting mimicking diet (FMD), you are on your normal diet for 25 days and then restrict your calories for five consecutive days; 1100 calories day one and then 700 calories per day for four days. Studies suggest that FMDs can reduce insulin and an insulin-like growth factor (IGF1), both of which promote the development of visceral fat around major organs, which is associated with type 2 diabetes, heart disease, and certain cancers.

In a mice study, the FMD reinvigorated the immune system, reduced the incidence of cancer, regenerated brain cells in the hippocampus, and improved cognitive function.

In another mouse study, FMD reduced the severity of multiple sclerosis symptoms and induced complete recovery in 20% of the animals.

So much for mice, what about humans? A study of 71 people who followed the FMD for five consecutive days each month for three months showed decreases in body fat, blood pressure, triglycerides, LDL cholesterol, blood glucose, and markers of inflammation.

I would like to see more data, but the FMD might be a useful tool for those who find time restricted fasting methods to be difficult.

Intermittent fasting holds tremendous promise as a strategy for healthy aging. I think it can also help jump start a program of healthier habits or put you back on track. But there is no short cut to a healthy, balanced life. As part of a lifestyle based on whole foods, exercise, time in nature, good sleep patterns, social interaction, creative expression, mental stimulation, and spiritual nourishment, I think intermittent fasting can be a very useful tool!

Having said that, not everyone should fast. If you’re new to intermittent fasting and want to try it, I recommend you start simply and build up gradually. Limit the hours of the day when you eat to, for example, 10 AM to 6 PM, and be sure to stay hydrated. This way it is more sustainable, and more easily integrated into daily life.

Furthermore, studies suggest that avoiding nighttime eating can help synchronize our metabolism and physiology with our circadian rhythms. When I was growing up, farmers would say “eat like a king (or queen!) for breakfast, a prince for lunch and a pauper for dinner.” Limiting meals to a 6-8 hour window that ends before 6 PM might be a healthy approach for many of us.

Some Cautions
There are so many pressures in modern times, especially on women but increasingly on men, around diet and body image. Intermittent fasting can be a strategy for health for many people, but those who have a history of eating disorders might want to approach it cautiously.

People with any serious health condition should NOT fast without discussing it first with their health care professional. Fasting is not recommended during pregnancy, while breastfeeding or for children without medical supervision.

Dr. Tieraona Low Dog, M.D.’s exploration of natural medicine began more than 35 years ago as she studied midwifery, herbal medicine; massage therapy and martial arts before earning her medical degree from the University of New Mexico School of Medicine. An internationally recognized expert in the fields of integrative medicine, dietary supplements and women’s health, Dr. Low Dog was appointed by President Bill Clinton to the White House Commission on Complementary and Alternative Medicine Policy, served as the elected Chair of the US Pharmacopeia Dietary Supplements and Botanicals Expert Information Panel, and was appointed to the Scientific Advisory Council for the National Center for Complementary and Alternative Medicine. She has been an invited speaker to more than 550 scientific/medical conferences, published 54 peer-reviewed articles, written 24 chapters for medical textbooks, and has authored five books, including three National Geographic books, Fortify Your Life, Healthy at Home and Life is Your Best Medicine. She has appeared on CNN, ABC’s 20/20, and is a frequent guest on the Dr. Oz show and NPR’s The People’s Pharmacy.