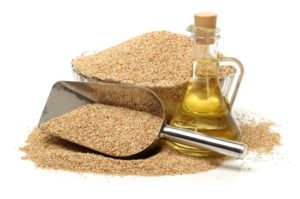 Sesame seeds are truly one of the most ancient foods on earth. In fact, sesame plants are the oldest known plant species to be grown primarily for their seeds (pods) and oils rather than for their leaves, fruit or vegetables.

Sesame seeds have been used for thousands of years to flavor foods, provide essential fats and enhance skin health. Sesame has one of the highest oil contents of any seed and a rich, nutty flavor, which is why sesame oil, tahini sauce (Tahini also known as Ardeh is a condiment made from toasted ground hulled sesame seeds), and the seeds themselves are common ingredients in cuisines across the world.The actual seeds of the sesame plant hold the valuable oils. Sesame seeds contain up to 55 percent oil and 20 percent protein, making them a high source of both essential fatty acids and certain amino acids.

The seeds contain about 50 percent to 60 percent of a fatty oil that is characterized by two beneficial members of the lignan family: sesamin and sesamolin. Sesame oil also contains two other phenolic compounds, sesamol and sesaminol, that are formed during the refining process.Oil derived from sesame is rich in linoleic and oleic acids, the majority of which are gamma-tocopherol and other isomers of vitamin. Sesame proteins (amino acids) include lysine, tryptophan and methionine.

Sesame seeds rank highest in cholesterol-lowering phytosterols of nearly all nuts, seeds, legumes and grains. Sesame oil is considered a strong antihypertensive since it can help normalize blood pressure levels.