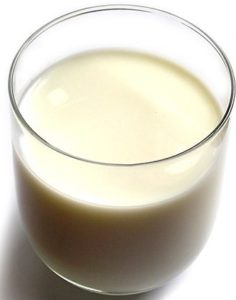 Half and half is a mix of half whole milk and half cream. It is usually found in cartons in the dairy section of most major supermarkets. Most often used in coffee, half and half may also be used for baking, to thicken sauces or as an ingredient in ice cream. Half and half contains a number of nutrients, but it is high in calories and saturated fat.