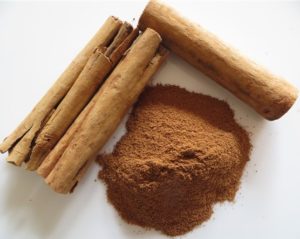 Cinnamon is a spice that is made from the inner bark of trees called Cinnamomum. It has been used as an ingredient throughout history, dating back as far as Ancient Egypt.

The distinct smell and flavor of cinnamon is due to the oily part, which is very high in a compound called cinnamaldehyde. It is this compound that is responsible for most of cinnamon’s powerful effects on health and metabolism. Cinnamon is loaded with powerful antioxidants, such as polyphenols. Antioxidants protect the body from oxidative damage caused by free radicals. The antioxidants in cinnamon have anti-inflammatory effects, which may help lower the risk of disease.

Cinnamon has been linked with reduced risk of heart disease, the world’s most common cause of premature death. In people with type 2 diabetes, 1 gram of cinnamon per day has beneficial effects on blood markers. It reduces levels of total cholesterol, LDL cholesterol and triglycerides, while HDL cholesterol remains stable.